Last week we discussed the perils of overspecification, and while we saw that it’s clearly possible for a test suite to do too much, it’s far more common for it to do too little.

Suppose we’re building an application for an online retailer, and they decide that they want to provide free shipping on all orders with a minimum price of $25.00. (Where do they come up with this stuff?!) Armed with these requirements, we set off to develop the logic to determine whether a given order qualifies for this new offer. (We’ll pick on some half-baked Ruby code for this example, but we could certainly extrapolate the same ideas to any language we might choose.)

It’s a straightforward request, so we’ll crank out a quick method to encapsulate the logic …

… and add a few simple tests to make sure we’re getting the desired results (all the while being careful to avoid any overspecification, of course).

And just like that, we have a passing test suite …

… so there’s certainly the temptation to declare victory. 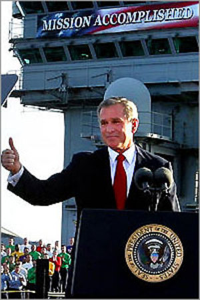 But what about the customer that just spent the last 20 minutes concocting the perfect order? You know, the one that’s exactly $25.00 and not a penny more. (Sure, he needs professional help, but do you really want to get on the wrong side of someone with that kind of determination and time on their hands?) If we’re looking for our test suite to tell us how the application should respond to a $25.00 order, we’re out of luck. This underspecification means that our test suite not only fails to communicate how the application should behave in this scenario, our test suite also fails to give us any confidence that the application will do the right thing (whatever that may be).

Since we’re calling it a “minimum” price, it sure sounds like a $25.00 order should qualify for free shipping, so we should add a test to specify that behavior.

And when we run this test, we should get some good insight into whether we’re likely to have that rather obsessive customer hunting us down in his copious free time.

Ouch! As is often the case, the code fails on a boundary condition. Of course, the problem (once identified) is easily fixed by replacing the incorrect operator (>) with the correct one (>=). It’s a trivial change, but under what circumstances would we identify this problem in the first place? Why not call it a day as soon as the first two tests are passing? We already had 100% test coverage [1], and we certainly don’t get any extra credit from our coverage analysis tool for adding this new test case. Geoffrey Wiseman sums up this situation nicely in his commentary on making effective use of coverage analysis:

The standard test-driven development approach serves us well: write a test, watch it fail, and then write the code to make it pass. But there’s a next step as well: we need to ask which tests are still missing. We need to apply that critical thought. As soon as we finish writing the first two tests above, we should immediately start looking for the “abusive” tests (as Eric Sink lovingly refers to them) that we can write to make our code fail. Where are the edge cases? Where are the exception cases? What should happen if we pass in a negative value? A nil value? Our test suite should be specific in its demands of our code.

A green test suite and high code coverage only means that we’ve satisfied the functionality that’s currently specified by our tests. We can (and should) rely on the coverage report to spot the code that isn’t yet exercised by our test suite, but we can’t stop there.

In Waltzing with Bears, Tom DeMarco and Timothy Lister remind us that “while it’s possible to specify a product ambiguously, it is not possible to build a product ambiguously.” The applications we build are always doing something in the corner cases. In the exception cases. But are they doing the right thing. And without proper tests (i.e., executable specifications), how can we be sure?

[1] If you recall from our recent discussion on code coverage types, this is the part where you ask, “Exactly what kind of coverage are we talking about here?” Well, despite the fact that rcov only reports line coverage analysis, we can still deduce fairly quickly that this particular code has 100% line coverage, 100% branch coverage, and 100% path coverage.

This post is part of the Testing Anti-patterns series: a series of essays taken from a conference talk titled, How To Fail With 100% Test Coverage.

Thanks to Aaron Bedra and Greg Vaughn for reading drafts of this post.